Book Rawal Family of Amka has been released on 14th of August 2022. It contains many new topics including a detailed account of 1947 battle of Amka. The book is mentioned in India Book of Records for having largest number of photos of a single family. It is now available on Evincepub, Flipkart, Amazon, Instamozo and e-books channels. Links for the book are:-

The book is available in English as well as in Hindi. Pages 225. MRP for both versions is Rs 475/-  In other countries, the MRP is 8 US dollars.

For faster delivery order directly to Publisher at link 1 above.

The Rajput race is the noblest and proudest in India, they are of highest antiquity and purest descent, they have a military autocracy of a feudal type, and brave and chivalrous, keenly sensitive to an affront, and especially jealous of their women.

Col. James Tod in his book Annals and Antiquities of Rajputana. 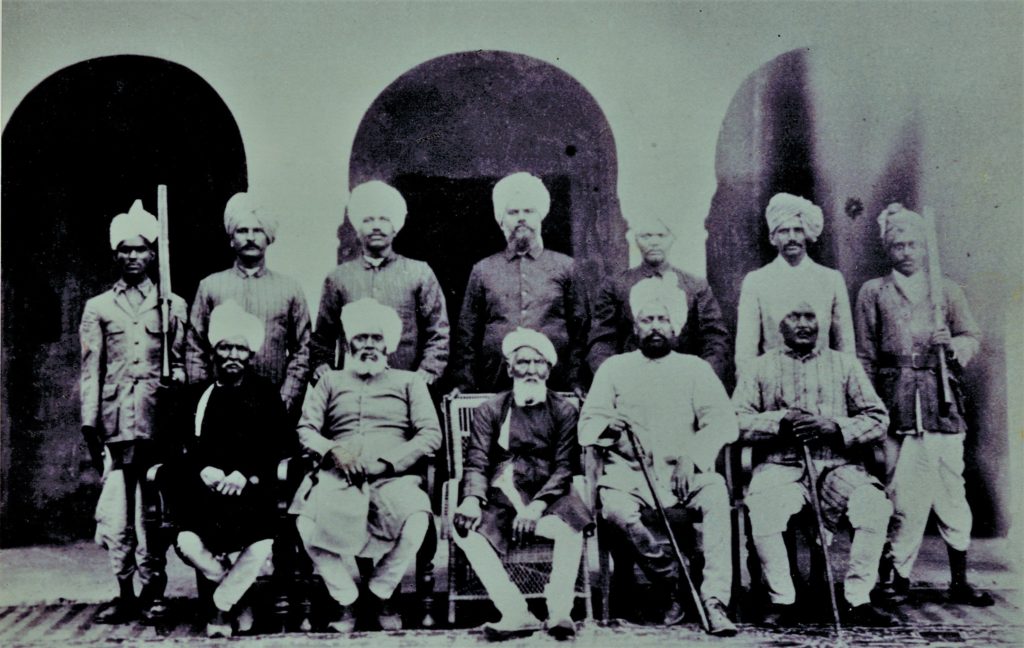 Thakur Mohar Singh who was the son of Thakur Ranjit Singh and resident of Dhoom Manikpur founded Amka in 1818. On completion of two hundred years of its existence, the first edition of t he Book Rawal Family of Amka was published in 2018, Amka is a medium size village with a population of 1176 as per census of 2011. Amka village has the history of peaceful existence of all communities and castes.

The total area of Amka is about 2100 bighas. It is all fertile and irrigated land. Three crops can be grown in a year. Boundary of Amka is shared by Dhoom Manikpur, Dadri, Roopvas, Kailash Pur, Kheri and Dairy Skinner villages.

Amka is about 35 kilometers in east of Old Delhi railway station and is about 15 kilometers north of its district headquarters at Greater Noida. Its Pin code is 203207 and STD code is 0120. Village code for Amka is 120173.

MANGO LOVERS SHALL BE HAPPY TO KNOW THAT NATIONAL MANGO DAY IS OBSERVED IN INDIA ON 22ND JULY EVERY YEAR. National Mango Day is a day set aside for the celebration of the mango fruit.  In this piece, The PUNCH highlights the origin and other things you should know about the National Mango Day celebration.

The history of the National Mango Day is unknown, but it is believed that mangoes were first cultivated in South Asia, according to Times Now News. It was also said that in the 10th century AD, East Asia started to cultivate mangoes. However, the Indians claim to be the originators of the mango fruit. The scientific name,‘Mangifera’ is from the Sanskrit word ‘manjiri’ meaning flowers growing in small clusters and this supports the claim of the Indian roots of the fruit.

India tops the list of mango producing countries in the world, earning it the title, ‘Mango Capital of the World’. In India, mango is referred to as the ‘king of fruits’ and is usually consumed during the summer.

Amka Village got its name because of a Mango tree. Mango in Hindi means a fruit called Aam. Amka is not the only village which derives its name from a tree. There are other villages also, which have names based on various trees. Following are a few examples:-

IN INDIA, THERE ARE MANY VILLAGES BY THE NAME AMKA

Amka (Pin Code 203207) in Gautam Budh Nagar, Uttar Pradesh is not the only village by this name i.e. Amka. There are four more villages by this name in India.   They are:

In addition, there is an Amka Area 236 KM north of Delhi in Haryana.  Amka area covers towns such as Surajpur, Pinjaur, Chandikotla, Tanda Burj, Tanda.

Name of our village Amka is associated with fruit Mango (Aam) which is considered as the king of fruits. It occupies a predominant place among fruits in India. No other fruit except Banana is so closely connected with the history of horticulture. Records suggest that Mango is cultivated for well over 4000 years. It is a favourite of Kings and Commoners alike because of its delicious taste, favour and nutritive value.

Mangoes are native to South Asia. From here, the common mango or “Indian mango” Mangifera indica, has been spread worldwide to become one of the most widely cultivated fruits in the tropics. Genetic analysis and comparison of modern mangoes with mango leaf fossils found near Damalgiri, Meghalaya indicate that the centre of origin of the mango was in peninsular India prior to joining of the Indian and Asian continental plates, some 60 million years ago.

Mangoes were cultivated in India possibly as early as 2000 BCE. Mango was brought to East Asia around 400–500 BCE and to Philippines in the 15th century. The Portuguese explorers brought it to Brazil in the 16th century.

Mango trees grow to 35–40 m (115–131 ft) tall, with a crown radius of 10 m (33 ft). The trees are long-lived, as some specimens still fruit after 300 years. Mango varies in size, shape, sweetness, skin color, and flesh color which may be pale yellow, gold, or orange. The leaves are evergreen. When the leaves are young they are orange-pink, rapidly changing to a dark and glossy red. And, finally they become dark green as they mature. Like other tropical Southeast Asian-type mangoes, it is characteristically polyembryonic and bright yellow when ripe,

Mango is well known to the people of India for several centuries. There have been several verified accounts and novels with references to the mango fruit in Indian Tamil literary works. The most prominent known reference to the mango fruit belong to the 5th century saint Karaikkal Ammaiyar. It is mentioned that she received a mango fruit as a boon from Lord Shiva, due to her devotion. The English word “Mango” originated from the Kannada word maavu or Malayalam word Manna or mangga during the spice trade period in the 15th 16th centuries.