Stars of the family 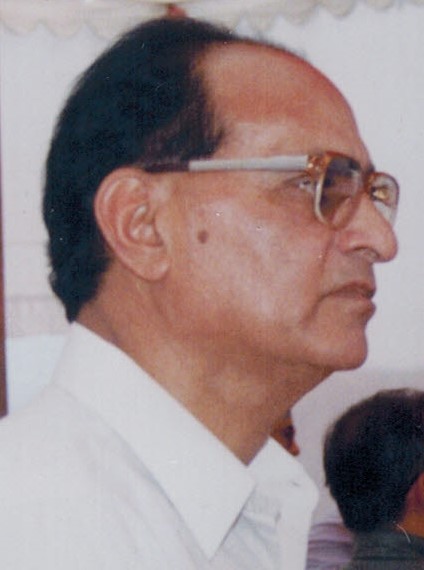 Shri Surendra Pal Singh is the second son of Thakur Udai Vir Singh. He was born on 12th December 1937. However his date of birth in official records is mentioned as 2nd July 1939. He is highly educated. After passing matriculation and intermediate examination from the U.P Education Board, Allahabad, Shri Surendra did graduation from Chaudhary Charan Singh University Meerut and post-graduation in Sociology from the same University. Shri Surendra Pal Singh started his career by joining Cooperative Societies Department of Delhi Administration in 1960. After serving the Government for about 37 years, he retired from Education Department as Grade I gazette officer on 31st July 1997

Shri Surendra has one daughter Ritu Rawal. She was born on 6th May 1966. At the age of three, Ritu Rawal contracted brain fever and was paralyzed from the waist down. But the God has provided her extraordinary courage and strength that she is not only self-dependent but carrying her own business independently. Ritu did Fashion Designing from Indian Institute of Fashion Designing (IIFT) and also a course in Journalism from IGNOU. She is a Party Planner and running her own Event Management company.  She is also a stock investment Advisor.  She performs and organise her shows all over India. She chose a field where shaking a leg means everything. She became one of the better-known choreographers in New Delhi, with over 1500 stage shows to her credit. She even had a dance troupe – Thunderballs – which participated in road shows and video-album recordings of singers, including Richa Sharma, Daler Mehndi, Jassi, Jaspinder Narula, Mikka and Abhijit. 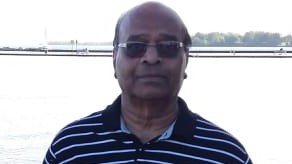 Shri Gianendra Singh Rawal is the third son of Thakur Mahavir Singh and Gajendra Vati Devi. He was born at Delhi on 6th October 1948. He graduated from university of Delhi. He started his career with the Ministry of Home Affairs (MHA), Government of India in 1974 after passing the Union Public Service Examination.

He resigned from MHA in 1977 to join National Fertilizers Limited (a public sector undertaking). He is married to Rajni, daughter of Thakur Birbal Singh Raghuvanshi of village Chandouk District Bulandshahr. Rajni is also a graduate from Meerut University. Shri Gianendra Singh has one daughter Aarti Rawal and a son Amit Rawal.

During his employment with National Fertilizers Limited, he pursued further studies. Shri Gianendra Singh completed his Post Graduation in Public Administration from institute of correspondence studies, University of Rajasthan Jaipur, with first division. Because of Post-Graduation in Public Administration, he became eligible for managerial positions. He appeared in a competitive examination conducted by National Fertilizers Limited in 1984 and got selected as Assistant Personnel Officer. He continued further studies and obtained Post Graduate Diploma in Personnel Management from University of Patiala, Punjab with first division. In 2001, he took voluntary retirement and is now living in Greater Noida since 2010. At the time of his retirement, Shri Gianendra Singh was working on the post of Personnel Manager in National Fertilizers.

His son Amit and daughter Aarti are Canadian Citizens.  Gianendra Singh and his Wife Rajni have also have obtained permanent resident ship of Canada in 2015. They are likely to get the citizenship of Canada shortly. 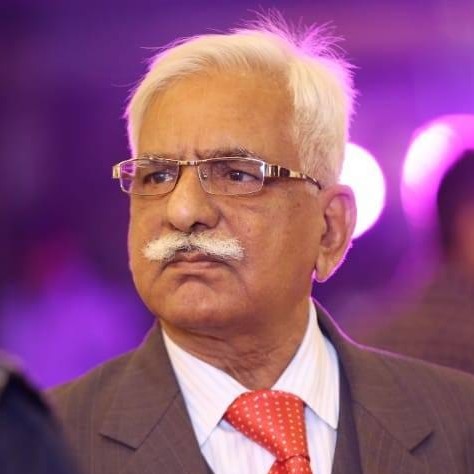 Dr. Lokendra Singh is the eldest son of Thakur Brij Bir Singh.  He was born on 1st July 1947 in Amka. He is highly educated.  After passing his High School and Intermediate from Gurjar Inter College, Dadri in 1963 and 1966 respectively, he did BSc. (Agri) from BR College Agra in 1971. He also did MSC (Agri) from the same college in 1973.

His pursuit for higher education continued even during service period. He completed his Doctorate in Horticulture from Agra University in 1996.  The topic for thesis was Growth, Tuberization, Yield and Quality Behaviour of some varieties and culture of Potato under the Tarai Conditions of Pant Nagar, Nainital.

He is also a B Certificate holder of National Cadet Core Senior Davison of Army Wing. When In NCC, he was holding a rank of Under Officer attached to 16th UP Battalion of NCC, Agra.

He started his career as Lecturer in an Inter College in Aligarh but did not continue for long as he got an appointment as Cane Manager in a Sugar Mill Meerut in 1974. The same year, he was appointed as Marketing Assistant in NAFED, where he worked from 1974 to 1978. Thereafter, Dr. Lokendra Singh joined IFFCO as District Manager (Marketing) in 1978. He continued in that organisation till 1988, when he got an appointment with KRIBHCO as State Manager (Marketing). Dr. Rawal retired from there in 2006.

When Dr. Rawal was working in KRIBHCO he was selected for training in Rural Management by the International Cooperative Alliance and sent to Japan and South Korea in 1989-90 for this purpose.

Dr. Rawal has one son Amar and two daughters Bharti and Kavita.  All his children are married. Bharti born on 3rd June 1978 is married to Rajneesh Mishra. She did her Bachelor of Business Administration from IMS Ghaziabad and Master of Business Administration from U. P. Technical University Agra. She worked with renowned organizations like PepsiCo, ICICI Bank. Presently she is a homemaker.

Her husband Rajneesh Mishra is an MBA from Agra University. He was employed in HDFC Bank holding a senior position of Assistant Vice President. They have a daughter Rakshita born on 25.01.2007. Presently, Shri Rajnish has set up his own business as a franchise of Sir Bond Bakeries in Noida.

Dr. Lokendra Singh’s younger daughter Kavita was born on 3rd August 1983. She is a post graduate and married to Shri Jai Pundir son of Shri Satya Pal Singh ji on 07.11.2011 of village Biralsi, District. Muzaffar Nagar. Shri Jai Pundir is a Doctorate in mathematics from IIT Roorkee. He is presently posted as Scientist in Indian Space Research Organisation (ISRO). They have a daughter Aradhya born on 06.12.2012.

Dr. Lokendra Singh’s son Amar Rawal was born on 28th July 1980. He did his Bachelor of Computer Technology from Yashwant Rao College of Engineering, Nagpur University in 2002. He is married to Shweta and has one son Arjun born on 01.08.2012 and a daughter Nandini born on 12.05.2017.

Shri Virendra Pal Singh Rawal was the eldest son of Thakur Amar Singh.  He was born on 2nd September 1939. He studied in DAV College, Bulandshahr and did his high school and intermediate from the Uttar Pradesh Board. He was married to Usha Rawal. Her father was a reputed land lord of Devgarh (Gwalior) He has one son Vivek Rawal and one daughter Veenu Singh. Vivek is married to Aarti. Veenu is married to Colonel Mohan Pal Singh of village Narhera, Pataudi, Gurugram in Haryana

Shri Virendra Pal Singh worked for a long time in Hindustan Unilever, a multinational company in Ghaziabad. During his employment in Hindustan Lever, he was mostly stationed in Ghaziabad except for a short stint when he was posted at Kashipur now in Uttrakhand. He retired from there in 2004. Shri Virendra Singh constructed a big house on a plot of 400 square yards in Shastri Nagar, Ghaziabad. He died of prolonged illness on 5th March 2009.

Shri Sudhir Singh Rawal is the son of Thakur Udai Pratap Singh and Mrs. Smt, Sheoraj Devi. He was born on 14 June 1945 in Amka. He is married to Smt.  Meena Rawal, daughter of Thakur Ranvir Singh of Village Mahmood Pur. He has two sons. The elder one is Amit Rawal and the younger one is Pradeep Singh Rawal, better and popularly known as Bobby. Both sons are married. Shri Sudhir Singh has three grandsons and a granddaughter. The name of his grandsons is Anirudh Singh Rawal and Anupam Singh Rawal.  They are sons of Shri Bobby. Anand Pratap Singh is the son of Shri Amit Rawal. Granddaughter’s name is Shubhangi.  She is the daughter of Amit Rawal. Bobby has two grandsons.  Their names are Udai Rawal and Anupam  sons of Anirudh.  Vinamra Pratap Singh is he Great Grand Son of Shri Sudhir Rawal.  He is the grandson of Bobby and son of Anupam Singh.

Shri Sudhir Singh Rawal studied in MMH College, Ghaziabad up to Intermediate. He is very active socially and is associated with a number of social organizations. He was the President of Arya Samaj, Dadri.  Presently he is its Treasurer. He is also the President of Rajput Sabha Dadri since long. Some land was donated for Rajput Bhawan in Dadri. Shri Sudhir Singh Rawal has a very big commercial complex at a prime location near Dadri Bus Statnd.  It has 48 shops. In addition, to the above, Shri Sudhir Singh is also associated with Rashtriya Swam Sevak Sangh for the last many years. At one time, he was Mandal Sanchalak of RSS, Dadri 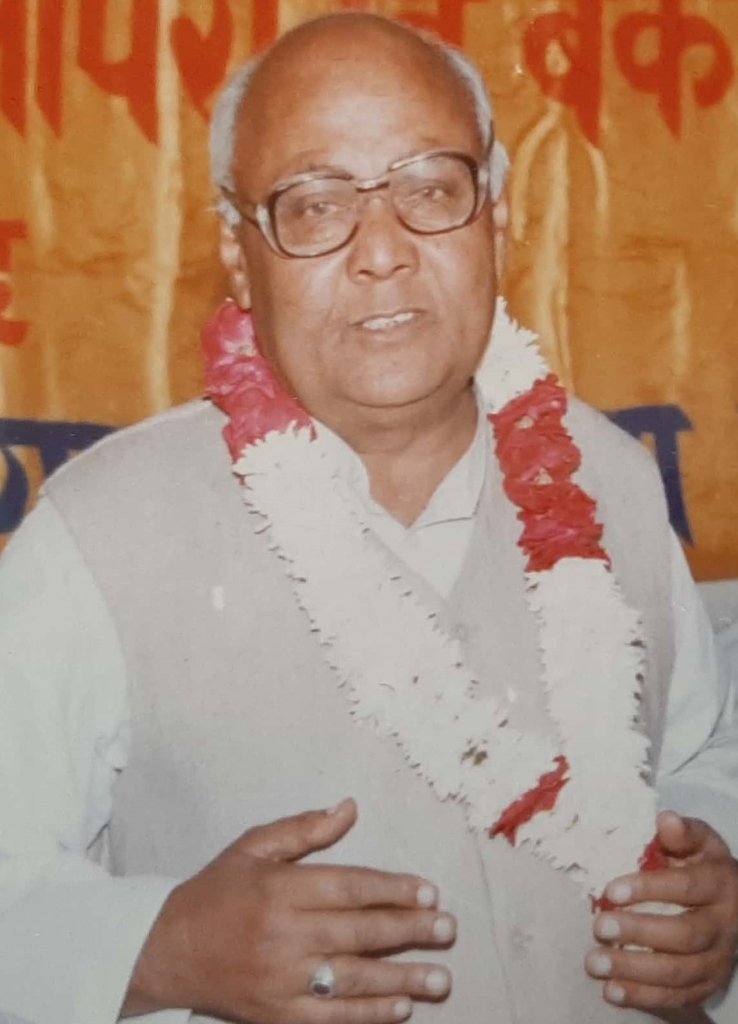 A write up will be uploaded on the website after information is received from the concerned family members..

Shri Jasveer Singh is the son of Shri Ravinder Singh. He was born on 1st January 1959 in Amka. He studied in Gurjar Inter College, Dadri and passed Intermediate examination from the UP Board. He was married on 6.6.1983 to Smt Rakhi Rawal daughter of Shri Kali Das Rana. He has one son Shri Jagdeep Rawal and two daughters.  Elder one’s name is Honey Chauhan and the younger one is  Bindiya Rana. Both are married. Bnidya is married to Shri Vikas Rana Grandson of Shri Ramvir Singh Rana. Honey Chauhan is married to Shri Ravi Kumar Singh son of Shri Harendra Singh Chauhan of Ghaziabad.

Shri Jasveer Singh Rawal was an outstanding sports person. Because of his remarkable achievements in sports, he got selected against the sports quota in the Indian Army He was attached to Rajput Regiment and posted at Fateh Garh, Uttar Pradesh.

As mentioned above, Shri Jasveer Singh was a remarkable sportsman. He excelled in High Jump and Pole Vault. .During his school, College and army days, he won a number of medals in these sports at school, college, District and State Level. Shri Jasveer Singh’s  most remarkable achievement was his participation in the Ninth Asian Games held at New Delhi in 1982.

After retirement from the Army, he got  dealership of Arms and Ammunition in Dadri. It is one of the richest area in Western Uttar Pradesh. Unfortunately, he died on 19th October 2020 at a comparatively young age.