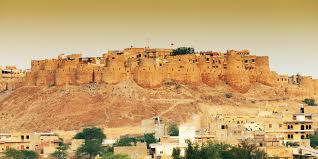 After Mahabharat war, Lord Krishna and Bhim visited the area near the Trikuta hill in Rajasthan. While gazing at the yellow sand desert, Lord Krishna said that there would be a day when a man from his own vansh – Yaduvanshi Bhati Rajput would one day establish a kingdom there. Then with his Sudharshan Chakra, he smote a rock and a sweet water spring immediately burst forth.

In 1156, this prophecy came true when a young Yaduvanshi Bhati Rajput Prince, Rawal Jaisal met a sage called Eesul. Eesul, had been residing on the rock, where Lord Krishna made the prophecy. Upon learning that Jaisal was of Yaduvanshi descent, Eesul told him about Krishna’s prophecy. Eesul showed him a spring which Krishna had created and where his prophecy was carved into a rock.
Jaisal decided that he would fulfil the prophecy. He decided he would found his city, Jaisalmer there after his name Jaisal and Mer – meru for the hill.)

Since then, the golden fort of Sonar has continued to stand on the Trikuta hill, overlooking the yellow sands where once Krishna stood. 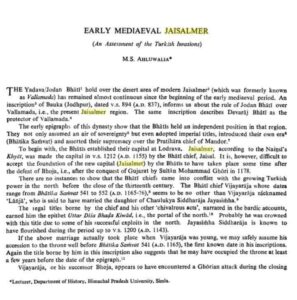 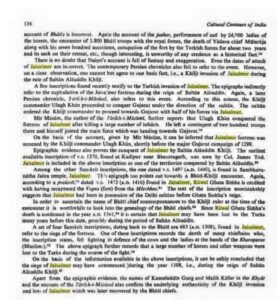